Spacecraft, airplanes, automobiles, machines and civil structures are all constructed from multiple parts joined by bolts, rivets or other fasteners and these joints lead to large uncertainties in the structural stiffness, damping and can even introduce nonlinearity. Even with the best available simulation tools, it is still difficult to predict the effective stiffness and damping of bolted interfaces, and so these parameters are often assumed and updated after tests have been performed. Damping estimates are critical to limit the resonant vibration response of a structure and thus prevent failure. Even so, it remains poorly understood and available methods for modeling damping are inaccurate and computationally expensive. A new benchmark structure has been created that is designed so as to be predictable with current simulation tools. This paper presents a thorough experimental characterization of this new benchmark structure using the Hilbert transform method applied to modally filtered time data. The nonlinear frequency and damping of each mode is characterized for various levels of bolt preload and excitation amplitude. The interfaces of the bolted structure are also characterized in detail by measuring the contact pressure distribution using pressure sensitive film. The resulting data presents a set of well characterized tests that can be used to validate numerical methods that seek to predict the nonlinear behavior of bolted interfaces.

Jetzt informieren
Anzeige
For modal data acquisition, two beams were bolted together and a set of points was identified along the two beams, naming B the beam with the bolt and N the beam with the nut. Points were numbered from 100 to 300, 100 as the extremity close to the origin and 300 the other end of the beams. A point every 25 units is defined, for both beams. Table 6.7 reports the coordinate of each point.
Table 6.7
Testing points names and locations
To define the location of each accelerometer and to select the input point, Table 6.8 was constructed using the amplitude of the linear mode shapes as a basis from the roving hammer test, with the modes of interest highlighted. It reports the amplitude of motion of each mode at each of the point, using a 0–3 scale with 0 not affecting the mode, and 3 having the largest effect.
Table 6.8
Points amplitude scale for each mode 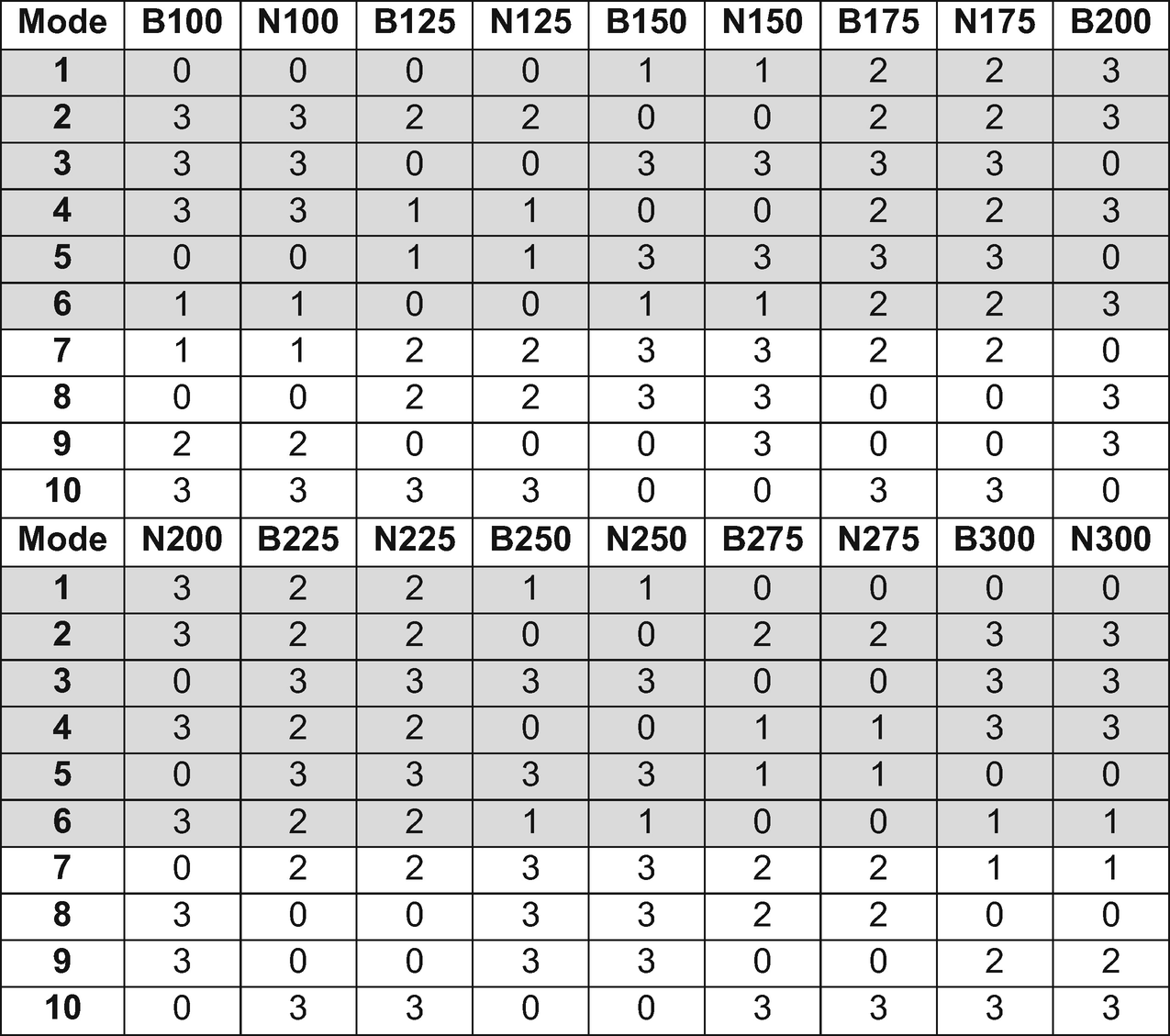