Experimental Investigation of the Effect of Pre-Bond Contamination with Fingerprints and Ageing on the Fracture Toughness of Composite Bonded Joints | springerprofessional.de Skip to main content
TOOLBAR 1 2 3 4
SUCHE MENÜ 1 2 3 4

The effect of the pre-bond contamination with fingerprint (FP), both during the production and the application of adhesively bonded patch repairs on composite aircraft parts, and the cumulative effect of fingerprint and hygrothermal ageing on the fracture toughness of carbon fiber reinforced plastic (CFRP) bonded joints are experimentally investigated. To this end, mode I and mode II fracture toughness tests were conducted on FP contaminated coupons and mode II fracture toughness tests on FP contaminated and aged coupons. The artificial FP was supposed to mimic the accidentally applied fingerprints on the CFRP adherent and was applied on the adherent in the size of a human thumb. The two investigated FP formulations consisted of an artificial hand perspiration solution for the production scenario, and of Skydrol hydraulic-oil for the repair scenario. Three levels of contamination with FP were considered for each scenario. The hygrothermal ageing conditions applied until moisture saturation achieved were 70 °C/85% RH. Prior to bonding, the CFRP adherent surfaces were inspected using full-scale monitoring with optically stimulated electron emission (OSEE), an extended nondestructive testing method, in order to analyze the physicochemical variations at the contaminated surface of the adherents before bonding. The ANOVA statistical method was used to assist the evaluation of the results and the deduction or reliable conclusions. The results revealed that the pre-bond FP contamination of the adherents leads to the reduction of the fracture toughness of the CFRP bonded joints. After-bond hygrothermal ageing under the prescribed conditions had no significant influence on the moisture absorption and load carrying capacity of the joint. However, it influenced the bondline integrity as it led to a significant reduction of the fracture toughness of the joint. The effect of the combination of pre-bond contamination and after-bond hygrothermal ageing is more severe than the two separate effects. 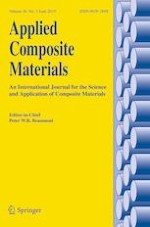