In this paper a silicon-based micromachined electrostatically suspended accelerometer (Si-MESA), which employs a free parallelepiped proof mass suspended in six degree of freedom, is designed, fabricated and experimentally tested oriented to space applications. The Si-MESA is a glass/silicon/glass sandwich structure fabricated by bulk micromachining, which mainly consists of two anodic bonding steps, a deep reactive ion etching and a wet etching of Al sacrificial layer. The motion of the proof mass with comb teeth on four outer sides is fully servo-controlled with capacitive position sensing and electrostatic suspension. To facilitate ground test of this low-g Si-MESA against the gravity, the input range in the vertical z axis is set to larger than 2 g, while the range in the lateral x and y axes are as low as on the order of several to tens millesimal of the gravity (mg) to achieve higher resolution for potential space applications. The ground test yields specific performances in the lateral x and y axes as follows: the noise floor of 36.8 μg/Hz1/2 and 0.116 mg/Hz1/2, as well as the resolution of 1.454 × 10−5 g and 1.432 × 10−4 g, respectively. The three-axis Si-MESA features extremely low range, high resolution, and long life-span, and has favorable space application prospects such as drag-free control of micro&small satellite and weak gravity measurement. 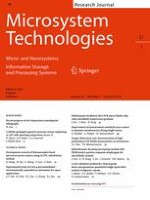