A flow mixing nozzle can produce satisfactory atomization for heavy oil. However, the study of the internal flow pattern of this nozzle, along with the spray morphology and its transformation, is currently limited to a low flow rate for the two-phase inlet. A flow mixing nozzle with a moderate inlet flow rate and various nozzle structures (H/D) was experimentally studied using a self-designed flow mixing nozzle and a self- constructed experimental platform, as described in this paper. The results demonstrate that at a moderate two-phase inlet flow rate, a clear cone is observed inside the nozzle that can be described by the cone angle and the dimensionless cone area. In short, as air inlet flow rate increases, the cone volume decreases, the jet atomization effect is enhanced, the distribution range narrows, the flow pattern changes to flow blurring, and the variation trend is the opposite of that when the water inlet flow rate is increased. An analysis of the experimental results demonstrate that the flow pattern and spray morphology of the flow mixing nozzle under a moderate inlet flow rate are determined by the inertial force of air and the inertial force and surface tension force of water. When the air flow rate is increased, the inertial force is enhanced, and the cone radial concavity is strengthened; or, the cone disappears. At this time, the spray morphology is mainly expressed as atomization. When the water flow rate increases, the water inertial force increases, and the cone changes to a radial protrusion. The spray morphology is mainly expressed as a jet or breakup. 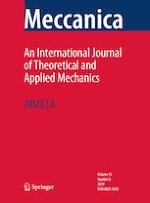