The main goal of a Recommender System is to suggest relevant items to users, although other utility dimensions – such as diversity, novelty, confidence, possibility of providing explanations – are often considered. In this work, we investigate about confidence but from the perspective of the system: what is the confidence a system has on its own recommendations; more specifically, we focus on different methods to embed awareness into the recommendation algorithms about deciding whether an item should be suggested. Sometimes it is better not to recommend than fail because failure can decrease user confidence in the system. In this way, we hypothesise the system should only show the more reliable suggestions, hence, increasing the performance of such recommendations, at the expense of, presumably, reducing the number of potential recommendations. Different from other works in the literature, our approaches do not exploit or analyse the input data but intrinsic aspects of the recommendation algorithms or of the components used during prediction are considered. We propose a taxonomy of techniques that can be applied to some families of recommender systems allowing to include mechanisms to decide if a recommendation should be generated. In particular, we exploit the uncertainty in the prediction score for a probabilistic matrix factorisation algorithm and the family of nearest-neighbour algorithms, the support of the prediction score for nearest-neighbour algorithms, and a method independent of the algorithm. We study how the performance of a recommendation algorithm evolves when it decides not to recommend in some situations. If the decision of avoiding a recommendation is sensible – i.e., not random but related to the information available to the system about the target user or item –, the performance is expected to improve at the expense of other quality dimensions such as coverage, novelty, or diversity. This balance is critical, since it is possible to achieve a very high precision recommending only one item to a unique user, which would not be a very useful recommender. Because of this, on the one hand, we explore some techniques to combine precision and coverage metrics, an open problem in the area. On the other hand, a family of metrics (correctness) based on the assumption that it is better to avoid a recommendation rather than providing a bad recommendation is proposed herein. In summary, the contributions of this paper are twofold: a taxonomy of techniques that can be applied to some families of recommender systems allowing to include mechanisms to decide if a recommendation should be generated, and a first exploration to the combination of evaluation metrics, mostly focused on measures for precision and coverage. Empiric results show that large precision improvements are obtained when using these approaches at the expense of user and item coverage and with varying levels of novelty and diversity. 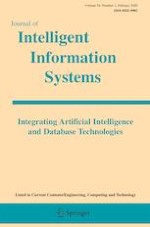