The LP-Newton method solves linear programming (LP) problems by repeatedly projecting a current point onto a certain relevant polytope. In this paper, we extend the algorithmic framework of the LP-Newton method to conic programming (CP) problems via a linear semi-infinite programming (LSIP) reformulation. In this extension, we produce a sequence by projection onto polyhedral cones constructed from LP problems obtained by finitely relaxing the LSIP problem equivalent to the CP problem. We show global convergence of the proposed algorithm under mild assumptions. To investigate its efficiency, we apply our proposed algorithm and a primal-dual interior-point method to second-order cone programming problems and compare the obtained results. 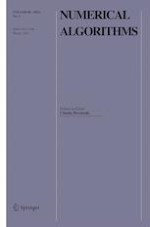 On the numerical structure preservation of nonlinear damped stochastic oscillators

Two algorithms for the exchange lemma