Recently, a novel learning algorithm for single-hidden-layer feedforward neural networks (SLFNs) named extreme learning machine (ELM) was proposed by Huang et al. The essence of ELM is that the learning parameters of hidden nodes, including input weights and biases, are randomly assigned and need not be tuned while the output weights can be analytically determined by the simple generalized inverse operation. The only parameter needed to be defined is the number of hidden nodes. Compared with other traditional learning algorithms for SLFNs, ELM provides extremely faster learning speed, better generalization performance and with least human intervention. This paper firstly introduces a brief review of ELM, describing the principle and algorithm of ELM. Then, we put emphasis on the improved methods or the typical variants of ELM, especially on incremental ELM, pruning ELM, error-minimized ELM, two-stage ELM, online sequential ELM, evolutionary ELM, voting-based ELM, ordinal ELM, fully complex ELM, and symmetric ELM. Next, the paper summarized the applications of ELM on classification, regression, function approximation, pattern recognition, forecasting and diagnosis, and so on. In the last, the paper discussed several open issues of ELM, which may be worthy of exploring in the future. 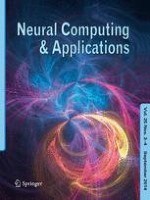 Extracting the contribution of independent variables in neural network models: a new approach to handle instability