This paper demonstrates the Fuzzy and Artificial Bee Colony Based Implementation of MAC, Clustering, Routing and Data delivery by Cross-Layer approach in WSN (FABC-MACRD). The protocols of cross layer mechanism links of both the media accessibility and the energy proficient hierarchical based cluster routing. Thus for the selection of nodes the approach makes use of the fuzzy dependent CH selection technique. The major problem with hierarchical dependent clustering methodology is the congestion occurrence in CHs which are nearer to MS. This congestion generates the coverage problems as well as the network connectivity issues. Thus to rectify this issues the proposed FABC-MACRD approach combines of the network into non-similar clusters. The proposed approach utilizes the ABC optimization algorithm thus for the energy efficient and flexible transmission of data onto the Master Station, also performs the inter cluster routing commencing from CHs over the Master Station. The proposed methodology mainly includes three phases namely network association, nearest node detection phase and consistent-state stride. The performance analysis is carried out with different methodologies such as “UCR”, “ULCA”, “EAUCF” and with “IFUC”. After analysis our proposed FABC-MACRD approach shows better outcomes in terms of packet delivery, energy consumption and lifespan of the network. 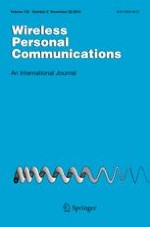