In this paper, we propose a novel method, called random subspace method (RSM) based on tensor (Tensor-RS), for face recognition. Different from the traditional RSM which treats each pixel (or feature) of the face image as a sampling unit, thus ignores the spatial information within the face image, the proposed Tensor-RS regards each small image region as a sampling unit and obtains spatial information within small image regions by using reshaping image and executing tensor-based feature extraction method. More specifically, an original whole face image is first partitioned into some sub-images to improve the robustness to facial variations, and then each sub-image is reshaped into a new matrix whose each row corresponds to a vectorized small sub-image region. After that, based on these rearranged newly formed matrices, an incomplete random sampling by row vectors rather than by features (or feature projections) is applied. Finally, tensor subspace method, which can effectively extract the spatial information within the same row (or column) vector, is used to extract useful features. Extensive experiments on four standard face databases (AR, Yale, Extended Yale B and CMU PIE) demonstrate that the proposed Tensor-RS method significantly outperforms state-of-the-art methods. 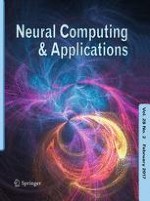 Application of ANFIS and MLR models for prediction of methane adsorption on X and Y faujasite zeolites: effect of cations substitution