This study aimed to assess particle swarm optimization (PSO) enhanced with an artificial neural network (ANN) for the prediction of the Pul (pullout resistance of helical piles in pure cohesionless soils). To make data sets of training and testing as to the expanded predictive models, 36 laboratory experiments were performed. The database involved 27 experiments for the training data sets (e.g., 80% of the whole database) and 9 experiments for the testing data sets (e.g., a range of 20% of the whole database). In addition, variables of the ANN algorithm (e.g., neurons in each hidden layer) and PSO algorithm, such as population size, were optimized utilizing a series of trial-and-error processes. The input parameters that were used in the analysis include density, embedment ratio, shaft base diameter, and shaft diameter, where the output was taken and the laboratory Pul determined. The selection of these parameters is because the Pul is affected by the geologic conditions, helical pile’s configuration, and penetration depth. After performing the sensitivity analysis, the optimized architecture, 4 × 8 × 1 is specified for the structure of ANN. As a result, both models, ANN and PSO–ANN, presented excellent prediction performance. Note that the PSO–ANN method can provide a more accurate network outputs in predicting measured values compared to the conventional ANN model. Based on R2, RMSE and VAF values of, 0.999, 0.0350 and 99.9978, as well as, 0.999, 0.0379 and 99.998, were determined for the normalized training and testing data sets in the optimized PSO–ANN network, respectively. However, in the ANN model with four neurons in each hidden layer, the R2 as well as RMSE for the non-normalized training and testing data sets were (0.99985 and 7.99007) and (0.99990 and 11.97427), respectively, which confirms the superiority of the proposed PSO–ANN model in predicting the Pul. 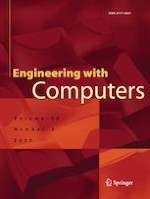 Concrete under fire: an assessment through intelligent pattern recognition