The effect of a second dopant on the magnetic property of Cu-doped ZnO by first-principles calculations based on the density functional theory was studied. It is found that the Cu-doped ZnO shows ferromagnetism due to the hybridization between Cu-3d and O-2p orbitals. When Na is introduced to the Cu-doped ZnO system, Cu cations tend to take on a bivalent state. Therefore, the magnetic moments on both Cu and coordinated oxygen sites increase due to Na doping. On the contrary, the magnetic moments decrease dramatically in the (Cu, Al) co-doped ZnO, which can be attributed to the fully occupied 3d states of Cu+ and O-2p states. 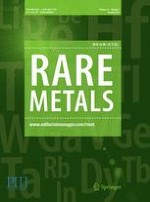