This work bespeaks an insight into a real imperfect multibody systems synthesis, wherein the flexible behaviour of its components is considered. Based on the end-effector mechanism velocity, acceleration and defined transversal deflection for a flexible component, the mechanism optimal design variables have been investigated. Subsequently, the three aforementioned responses have been involved simultaneously for a combined optimization process. To this end, an Assistance Tool Design, subsuming several meta-heuristic optimization techniques such as Genetic Algorithm (GA), Imperialist Competitive Algorithm (ICA), Artificial Bee Colony (ABC), Ant Colony (AC), Differential Evolution (DE) and Simulating Annealing (SA) techniques, has been developed under MATLAB software. The Assistance Tool Design enables designers to carry out the synthesis of mechanisms by means of one or many optimization techniques mentioned above. It has been proven that AC and DE outperform the other optimization techniques. Nevertheless, awkwardness has been bearded for the mechanism synthesis using only a single response, mainly the flexible connecting rod mid-point transversal deflection. The combined synthesis subsuming simultaneously the three responses discussed above settles a perfect trade-off for all the optimization techniques. 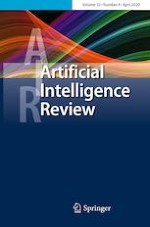 Recommendation system based on deep learning methods: a systematic review and new directions