Today’s industrial automation systems are often organized according to the automation pyramid where lower levels in the pyramid focus on process control and upper levels address production management. However, due to its limiting information flow between the levels, this automation pyramid may not be suitable for production in the future. Thus, industry is in progress to adopt technologies that originate from the Internet of Things (IoT). The resulting Industrial Internet of Things (IIoT) will loosen the rather strict model of the automation pyramid such that information becomes seamlessly and timely accessible anywhere in a production site, and even beyond. In this paper we propose fog computing as an architectural means to realize IIoT and discuss two enabling technologies for fog computing: virtualization and deterministic communication. 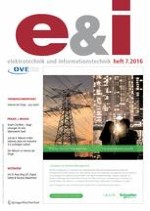