In this study, we successfully developed a novel method to create [6,6]-phenyl-C61-butyric acid methyl ester (PCBM) nanoscale aggregates using supercritical carbon dioxide (scCO2) annealing and fabricated bulk heterojunction (BHJ) solar cells with the nanoscale PCBM to improve device performance. PCBM forms nanoscale aggregates with a size of approximately 70 nm after scCO2 annealing at 11 MPa and 50 °C for 60 min. However, PCBM remains amorphous after thermal annealing (TA) at 150 °C for 5 min. The morphology, structure, and crystallinity of poly(3-hexylthiophene) (P3HT) in the scCO2-treated P3HT film are nearly the same as those in the TA-treated P3HT film. In the P3HT/PCBM blend, the formation of PCBM nanoscale aggregates by scCO2 treatment decreases the disturbance for P3HT crystallization and improves diffusion and regular packing of P3HT molecular chains. This increases the crystallinity of P3HT so that it becomes higher than that in the TA-treated blend film. The nanoscale aggregates of PCBM and the higher crystallinity of P3HT give the scCO2-treated P3HT/PCBM BHJ solar cells a maximum power conversion efficiency (PCE) of 2.74%, which is much higher than that of the as-cast device (PCE is 1.70%) and a little higher than the highest PCE (2.64%) of thermally annealed devices. These results indicate that scCO2 is an effective, mild, and environmental method to modulate the nanoscale aggregates of PCBM and to improve the PCE of BHJ solar cells. However, the size of the PCBM aggregates is a little larger than the most suitable size of the exciton diffusion length, leading to limited improvement of the PCE. 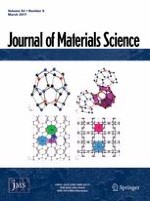