Historically, cities and their citizens have led the largest changes that have been taking place continuously, especially since the transition from an agricultural economy to an industrial one. This phenomenon is especially significant from the mid-eighteenth century and it will become more intense if the predictions that establish that, around the year 2050, approximately 70% of the world population will concentrate in some type of city finally come true. With these boundary conditions, it is evident that the achievement of more efficient and sustainable cities is an unavoidable objective for which politicians, managers and technicians must work in order to guarantee the quality of life of their citizens. Although this paradigm of sustainability and efficiency has always been present in the managers of cities, it has not been until very recently that technology has made available to the responsible parties a plethora of possibilities that, when properly employed, translate into significant savings. At the same time, the day-to-day improvement of the citizens is consolidating a new urban concept in which the different processes and systems that occur in it are continuously monitored in both time and space. This paper reviews the evolution of one of the pioneering examples of such cities, Santander, where an Internet of the Things infrastructure was deployed a decade ago. In this time, multiple technologies and services have been developed and deployed in smart city pilots. The paper discusses the key lessons learnt from the digitalization of the city and the new challenges that have arisen as we were paving the way for a smarter and more liveable city.

Titel
From the Internet of Things to the Social Innovation and the Economy of Data
Autoren:
Luis Sánchez
Jorge Lanza
Luis Muñoz 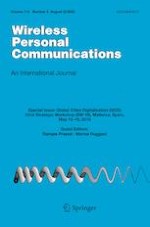