Perturbation-based gait assessment has been used to quantify gait stability in older adults. However, knowledge on which perturbation type is most suitable to identify poor gait stability is lacking. We evaluated the effects of ipsi- and contra-lateral sway, belt acceleration and deceleration, and visual and auditory perturbations on medio-lateral (ML) and anterior-posterior (AP) margins of stability (MoS) in young and older adults. We aimed to evaluate (1) which perturbation type disturbed the gait pattern substantially, (2) how participants recovered, and (3) whether recovery responses could discriminate between young and older adults. Nine young (25.1 ± 3.4 years) and nine older (70.1 ± 7.6 years) adults walked on the CAREN Extended (Motek BV, The Netherlands). The perturbation effect was quantified by deviation in MoS over six post-perturbation steps compared to baseline walking. Contra-lateral sway and deceleration perturbations resulted in the largest ML (1.9–4 times larger than other types) and AP (1.6–5.6 times larger than other types) perturbation effects, respectively. After both perturbation types, participants increased MoS by taking wider, shorter, and faster steps. No differences between young and older adults were found. We suggest to evaluate the potential of using contra-lateral sway and deceleration perturbations for fall risk identification by including both healthy and frail older adults.
× 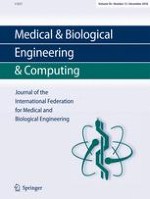