An S-box is based on Boolean functions which are essentially the foundation of symmetric cryptographic systems. The Boolean functions are used for S-box designing in block ciphers and exploited as nonlinear components. Boolean functions with optimal nonlinearity and upright cryptographic stuffs play a significant role in the design of block ciphers. Traditionally \(8 \times 8\) S-box is a \(16 \times 16\) look up table over Galois field \(GF\left( {2^{8} } \right)\) and has 112 feasible upper bonds for nonlinearity. A \(24 \times 24\) S-box over Galois field \(GF\left( {2^{24} } \right)\) is not viable as the computer memory does not support it. In this paper for the construction of \(24 \times 24\) S-box a rout is adopted via maximal cyclic subgroup of the multiplicative group of units of Galois ring \(GR\left( {2^{3} ,8} \right).\) The newly constructed S-box has much higher confusion capability than any of \(8 \times 8\) S-box. To judge the impact of this new \(24 \times 24\) S-box an RGB color image encryption application is demonstrated. Initially, in the proposed encryption scheme we use \(24 \times 24\) S-box for confusion in RGB channels of plain image, however for diffusion linear permutation \({\text{P}} = \left( {{\text{i}} \times 32} \right) {\text{mod}}257\) is operated and then by the use of exclusive-or an encrypted image is obtained. Thus, we introduce a novel technique by which \(24\) binary bits are divided into 3 bytes and each one deals R, G and B channel of the color image separately. A comparison with chaos and DNA based image encryption schemes shows the performance results of this novel RGB image encryption and observed as meeting the standard optimal level. Hence this \(24 \times 24\) S-box dependent encryption method replaces \(8 \times 8\) S-box based RGB color image encryption scheme. 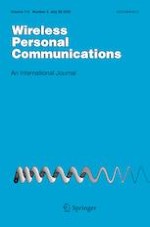