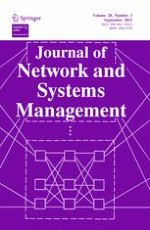 Optimization of Inter-Domain Presence Traffic Based on Privacy Rule Sharing: Performance and Impact on the IMS

Systems and Virtualization Management: Standards and the Cloud (A report on SVM 2011)