This paper develops the theory of geodesic regression and least-squares estimation on Riemannian manifolds. Geodesic regression is a method for finding the relationship between a real-valued independent variable and a manifold-valued dependent random variable, where this relationship is modeled as a geodesic curve on the manifold. Least-squares estimation is formulated intrinsically as a minimization of the sum-of-squared geodesic distances of the data to the estimated model. Geodesic regression is a direct generalization of linear regression to the manifold setting, and it provides a simple parameterization of the estimated relationship as an initial point and velocity, analogous to the intercept and slope. A nonparametric permutation test for determining the significance of the trend is also given. For the case of symmetric spaces, two main theoretical results are established. First, conditions for existence and uniqueness of the least-squares problem are provided. Second, a maximum likelihood criteria is developed for a suitable definition of Gaussian errors on the manifold. While the method can be generally applied to data on any manifold, specific examples are given for a set of synthetically generated rotation data and an application to analyzing shape changes in the corpus callosum due to age. 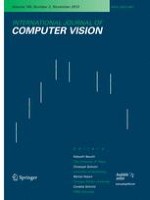 Teichmüller Shape Descriptor and Its Application to Alzheimer’s Disease Study