In this paper, we propose a novel curvature penalized minimal path model via an orientation-lifted Finsler metric and the Euler elastica curve. The original minimal path model computes the globally minimal geodesic by solving an Eikonal partial differential equation (PDE). Essentially, this first-order model is unable to penalize curvature which is related to the path rigidity property in the classical active contour models. To solve this problem, we present an Eikonal PDE-based Finsler elastica minimal path approach to address the curvature-penalized geodesic energy minimization problem. We were successful at adding the curvature penalization to the classical geodesic energy (Caselles et al. in Int J Comput Vis 22(1):61–79, 1997; Cohen and Kimmel in Int J Comput Vis 24(1):57–78, 1997). The basic idea of this work is to interpret the Euler elastica bending energy via a novel Finsler elastica metric that embeds a curvature penalty. This metric is non-Riemannian, anisotropic and asymmetric, and is defined over an orientation-lifted space by adding to the image domain the orientation as an extra space dimension. Based on this orientation lifting, the proposed minimal path model can benefit from both the curvature and orientation of the paths. Thanks to the fast marching method, the global minimum of the curvature-penalized geodesic energy can be computed efficiently. We introduce two anisotropic image data-driven speed functions that are computed by steerable filters. Based on these orientation-dependent speed functions, we can apply the proposed Finsler elastica minimal path model to the applications of closed contour detection, perceptual grouping and tubular structure extraction. Numerical experiments on both synthetic and real images show that these applications of the proposed model indeed obtain promising results. 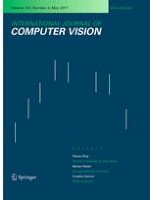