Grafting of gold nanoparticles and nanorods on the surface of polymers, modified by plasma discharge, is studied with the aim to create structures with potential applications in electronics or tissue engineering. Surfaces of polyethyleneterephthalate and polytetrafluoroethylene were modified by plasma discharge and subsequently, grafted with 2-mercaptoethanol, 4,4′-biphenyldithiol, and cysteamine. The thiols are expected to be fixed via one of –OH, –SH or –NH2 groups to reactive places on the polymer surface created by the plasma treatment. “Free” –SH groups are allowed to interact (graft) with gold nanoparticles and nanorods. Gold nano-objects were characterized before grafting by transmission electron microscopy and UV–Vis spectroscopy. X-ray photoelectron spectroscopy (XPS), Fourier transform infrared spectroscopy (FTIR), and electrokinetic analysis (zeta potential determination) were used for the characterization of polymer surface at different modification phases. It was proved by FTIR and XPS measurements that the thiols were chemically bonded on the surface of the plasma-treated polymers, and they mediate subsequent grafting of the gold nano-objects. On the surfaces, modified polymers were indicated some objects by AFM, size of which was dramatically larger in comparison with that of original nanoparticles and nanorods. This result and the other results of UV–Vis spectroscopy indicate an aggregation of deposited gold nano-objects. 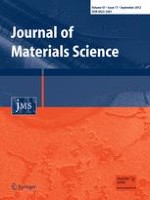