Granger causality (GC) analysis has emerged as a powerful analytical method for estimating the causal relationship among various types of neural activity data. However, two problems remain not very clear and further researches are needed: (1) The GC measure is designed to be nonnegative in its original form, lacking of the trait for differentiating the effects of excitations and inhibitions between neurons. (2) How is the estimated causality related to the underlying synaptic weights? Based on the GC, we propose a computational algorithm under a best linear predictor assumption for analyzing neuronal networks by estimating the synaptic weights among them. Under this assumption, the GC analysis can be extended to measure both excitatory and inhibitory effects between neurons. The method was examined by three sorts of simulated networks: those with linear, almost linear, and nonlinear network structures. The method was also illustrated to analyze real spike train data from the anterior cingulate cortex (ACC) and the striatum (STR). The results showed, under the quinpirole administration, the significant existence of excitatory effects inside the ACC, excitatory effects from the ACC to the STR, and inhibitory effects inside the STR. 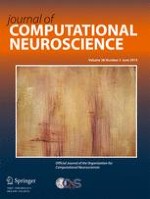