We present a novel methodology and strategy to predict pressures and flow rates in the global cardiovascular network in different postures varying from supine to upright. A closed-loop, multiscale mathematical model of the entire cardiovascular system (CVS) is developed through an integration of one-dimensional (1D) modeling of the large systemic arteries and veins, and zero-dimensional (0D) lumped-parameter modeling of the heart, the cardiac-pulmonary circulation, the cardiac and venous valves, as well as the microcirculation. A versatile junction model is proposed and incorporated into the 1D model to cope with splitting and/or merging flows across a multibranched junction, which is validated to be capable of estimating both subcritical and supercritical flows while ensuring the mass conservation and total pressure continuity. To model gravitational effects on global hemodynamics during postural change, a robust venous valve model is further established for the 1D venous flows and distributed throughout the entire venous network with consideration of its anatomically realistic numbers and locations. The present integrated model is proven to enable reasonable prediction of pressure and flow rate waveforms associated with cardiopulmonary circulation, systemic circulation in arteries and veins, as well as microcirculation within normal physiological ranges, particularly in mean venous pressures, which well match the in vivo measurements. Applications of the cardiovascular model at different postures demonstrate that gravity exerts remarkable influence on arterial and venous pressures, venous returns and cardiac outputs whereas venous pressures below the heart level show a specific correlation between central venous and hydrostatic pressures in right atrium and veins. 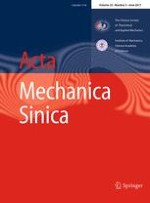