In this report, reduced graphene oxide (RGO)–cuprous oxide (Cu2O) nanocomposites are prepared as sensing layer via a combination of hydrothermal method and airbrush technology for NH3 gas detection at low temperature (≤ 100 °C). A variety of characterization techniques such as SEM, TEM, XRD, FTIR and XPS were employed to probe morphological and componential properties of the obtained nanocomposites. By introducing a 70 °C heat pulse with duration period of 5 s (i.e., 5 s@70 °C) upon the beginning of NH3 desorption, it was noteworthy that the as-prepared sensors eventually showed a full and swift recovery within 26 s, which was considerably improved in comparison to a partial and sluggish one (77% recovery within 10 min) in absence of this treatment. Moreover, a good repeatability was achieved toward seven consecutive 150 ppm NH3 exposures, accompanied with a negligible baseline drift. Temperature-dependent sensing performances demonstrated that RGO–Cu2O sensors exhibited an enhanced sensing response one order of magnitude larger than pure RGO counterparts at each temperature (25, 60, and 100 °C), wherein 60 °C was considered as the optimal operation temperature. A modest selectivity toward NH3 was revealed against numerous interference gases. 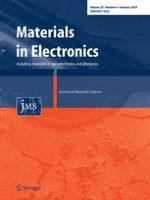