Selected heavy metal-trace element (Ag, As, Ba, Cd, Cu, Hg, Pb, Sb, Se, Sr, and V) levels were determined by the ICP-MS method in whole-blood samples of fishermen and control group who accommodate in four provinces of the Marmara Sea. Mercury (1.267 ± 1.061 µg/L to 0.796 ± 0.853 µg/L) and lead (17.8 ± 9.0 µg/L to 12.0 ± 6.83 µg/L) levels were higher in the fishermen group than that of control group (p < 0.001 for both). There was no difference between the fishermen group and the control group in terms of whole-blood levels of other elements. Total monthly fish consumption was 9340.4 gr in the fishermen group and 326.4 gr in the control group, and the difference between the groups was significant (p < 0.001). There was no difference between the groups in terms of having amalgam dental filling (p > 0.05). The results suggest that consuming high amounts of sea products caught from the Marmara Sea is a source for some heavy metals such as mercury and lead, which poses a public health risk. Unlike the control group, the positive correlation between arsenic, copper, and strontium levels and age in fishermen can also be evaluated as an indicator of chronic exposure.
Anzeige 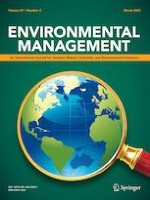