Mobile phones are rapidly becoming the most widespread and popular form of communication; thus, they are also the most important attack target of malware. The amount of malware in mobile phones is increasing exponentially and poses a serious security threat. Google’s Android is the most popular smart phone platforms in the world and the mechanisms of permission declaration access control cannot identify the malware. In this paper, we proposed an ensemble machine learning system for the detection of malware on Android devices. More specifically, four groups of features including permissions, monitoring system events, sensitive API and permission rate are extracted to characterize each Android application (app). Then an ensemble random forest classifier is learned to detect whether an app is potentially malicious or not. The performance of our proposed method is evaluated on the actual data set using tenfold cross-validation. The experimental results demonstrate that the proposed method can achieve a highly accuracy of 89.91%. For further assessing the performance of our method, we compared it with the state-of-the-art support vector machine classifier. Comparison results demonstrate that the proposed method is extremely promising and could provide a cost-effective alternative for Android malware detection. 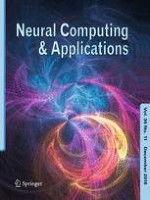