The liquid crystal display module (LCM), which is used to show images and videos, is the most significant component of LCD TV. To assembly a LCM, the open cell should be put exactly into the backlight unit (BLU). To accomplish the task quickly, this paper proposes a heuristic method to detect the pose of the BLU. Firstly, the coarse rotation angle of a BLU is detected with the dominant orientations (DOs). The DOs are obtained with the gradient orientation statistical histograms based on a region growing strategy. Secondly, the optimal pose of the BLU is searched with the heuristic hybrid bacterial foraging algorithm (HHBFA) which can avoid the time consuming exhaustive search (ES). HHBFA is designed according to the distribution characteristics of the similarity to find the optimal pose. The proposed method is evaluated on an image database acquired from the assembly lines. Experimental results prove the efficiency of the proposed method and highlight the superiority of it. 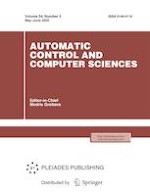