Hong Kong is famous as a bustling harbour and financial centre, with a dense burgeoning population impacting its coastal environment. Yet, away from the skyscrapers and the pressures of anthropogenic influence, Hong Kong supports a rich marine biodiversity, including corals and mangrove communities. Despite having a small marine area (1651 km2), a total of 5943 marine species have been recorded in Hong Kong waters. Most of these species were reported during the 1980s and 1990s, but new species continue to be discovered, and ~6500 species are estimated. Even though Hong Kong’s marine area is only ~0.03 % of that of China, the number of marine species recorded in Hong Kong already accounts for ~26 % of the total recorded in China. Hong Kong also contributes to a considerable amount (>30 %) of the species records for several taxa including amphipods, cephalopods, polychaetes and fish in the South China Sea, and ~29 % of the hermit crab species in the largest global marine species database, the World Register of Marine Species. These findings demonstrate the rich marine biota found in Hong Kong, which probably reflects Hong Kong’s location within the fringes of the world’s marine biodiversity hotspot. 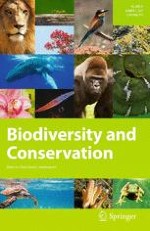 Assessments of species’ vulnerability to climate change: from pseudo to science