We investigated air temperature and pressure gradients and their trends for the period 1996–2014 in Greenland and compared these to other periods since 1958. Both latitudinal temperature and pressure gradients were strongest during winter. An overall temperature increase up to 0.15 °C year−1 was observed for 1996–2014. The strongest warming happened during February at the West coast (up to 0.6 °C year−1), weaker but consistent and significant warming occurred during summer months (up to 0.3 °C year−1) both in West and East Greenland. Pressure trends on a monthly basis were mainly negative, but largely statistically non-significant. Compared with other time windows in the past six decades, the period 1996–2014 yielded an above-average warming trend. Northeast Greenland and the area around Zackenberg follow the general pattern but are on the lower boundary of observed significant trends in Greenland. We conclude that temperature-driven ecosystem changes as observed in Zackenberg may well be exceeded in other areas of Greenland. 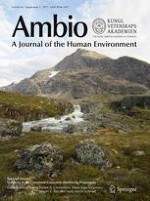 Spatiotemporal variability in surface energy balance across tundra, snow and ice in Greenland