On September 5, 2015, the State Council of Chinese Government, China’s cabinet formally announced its Action Framework for Promoting Big Data (www.​gov.​cn, 2015). This is the milestone for China to catch up the global wave of big data. Since 2012 big data became a hot issue for scientific communities as well as the governments of many countries (Lazer et al. in Science 343:1203–1205, 2014; Einav et al. in Science 345:715, 2014; Cate in Science 346:818, 2014; Khoury and Ioannidis in Science 346:1054–1055, 2014). At the 2013 G8 Summit, the leaders of Canada, France, Germany, Italy, Japan, Russia, U.S.A. and United Kingdom agreed on an “open government plan” (www.​gov.​uk/​government/​publications/​open-data-charter/​g8-open-data-charter-and-technical-annex, 2013). China’s framework, however, mainly emphasizes the integration of all trans-departmental data and establishes a number of government-driven national big data platforms so as to provide big data services to research, public and enterprises. The framework not only demonstrates a strong commitment of the Chinese government on big data, but also covers a wide range of governmental branches, enterprises and institutions far more than that of other countries. In addition, the framework shows an interpretation of big data that differs from other countries. If its objective is achieved, China would become a strong “big data country”.
Anzeige
Nächster Artikel Comparisons of Methods of Estimation for the NH Distribution 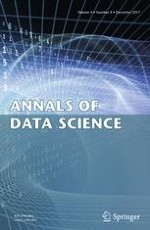 Comparisons of Methods of Estimation for the NH Distribution