How common is new product failure and when does it vary? | springerprofessional.de Skip to main content
TOOLBAR 1 2 3 4
SUCHE MENÜ 1 2 3 4

This study aims to explore how common new product failure is in consumer packaged goods (CPG) categories and investigate the conditions in which the new product failure rate varies. This study analyzes 83,719 new stock-keeping units (SKUs), which were introduced over 8 years (2002–2009) across 31 CPG categories in the USA. Failure is the permanent cessation of sales, which is measured in consumer panel data. We find that one in four (25%) new SKUs are no longer bought 1 year later—a rate that increases to approximately 40% 2 years post-launch. New SKU failure was more likely for new launches that were introduced into higher revenue categories and by smaller share parent brands. Our findings can be used as a resource to aid marketing practitioners’ understanding regarding how common failure is for new CPGs and when there is greater associated risk. 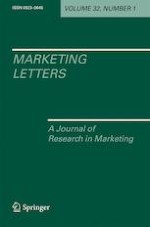 Have your cake and eat it too: how invoking post-purchase hyperopia mitigates impulse purchase regret

Effects of negative social information on the willingness to support charities: the moderating role of regulatory focus

A first look at online reputation on Airbnb, where every stay is above average