Error minimization (EM) of the standard genetic code (SGC) refers to the assignment of amino acids to codons in such a way that the deleterious impact of mutations is reduced. The SGC is nearly optimal for the property of EM, compared to randomly generated codes, and prompts the question of how the property arose. Brute force searching of alternative genetic codes is unlikely to have occurred, given the high number of alternative codes. Therefore, a heuristic search of ‘code space’, the space of alternative codes, would have been necessary. Uncovering the nature of this heuristic search is key to understanding the evolution of the genetic code, and consequently the origin of life. Scenarios that rely on direct selection for the property of EM require codon reassignments to sample code space, but these are problematic mechanistically. Alternatively, it has been shown that EM may have emerged in a neutral fashion as a byproduct of the process of genetic code expansion. In this scenario, similar amino acids are added to similar codons via the gene duplication of tRNAs and aminoacyl-tRNA synthetases. Mimicking this process via simulation indeed produces high levels of EM in the resulting genetic codes. These observations imply that optimization has occurred by an alternative to direct selection, commonly viewed as the only form of evolutionary optimization followed in nature. I propose that the neutral emergence of EM produced by code expansion is a genetic algorithm but unlike direct selection, the local selection criterion (amino acid and codon similarity) is distant from the global fitness function (EM), leading to the emergent optimization of EM. By presenting this counter example I clarify how evolutionary optimization in biological systems is not restricted to direct selection, and emphasize that additional processes may lead to the production of beneficial traits, via ‘non-Darwinian optimization’. 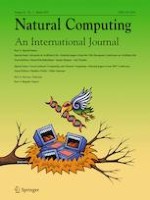