In this paper, security vulnerabilities that can be found in hybrid apps, by which important data are downloaded from a web server, were analyzed and HIGHT algorithm based on OTP delimiter modification and bit slicing was proposed to enhance security of hybrid apps. The hybrid app, to which the proposed method was applied before analysis, is a medical app for research and monitors biometric data of patients in the healthcare field. This app is monitoring patient’s biometric data continuously. Thus, this app generates considerable mobile traffic and transmission delay. After installing the app in a mobile device, reverse engineering was used to check the address from which the app requests important data, and a web server analysis tool was used to obtain important data that enables security attacks including the sitemap, type and version of application, and open source. To solve these problems, the security protocol proposed in this paper was applied, as a result important data were protected without transmission delay and it shows that proposed protocol can adopt high speed mobile communications. 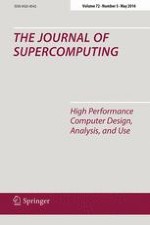