This paper proposes a hierarchical hybrid particle swarm optimization (PSO) and differential evolution (DE) based algorithm (HHPSODE) to deal with bi-level programming problem (BLPP). To overcome the shortcomings of basic PSO and basic DE, this paper improves PSO and DE, respectively by using a velocity and position modulation method in PSO and a modified mutation strategy in DE. HHPSODE employs the modified PSO as a main program and the modified DE as a subprogram. According to the interactive iterations of modified PSO and DE, HHPSODE is independent of some restrictive conditions of BLPP. The results based on eight typical bi-level problems demonstrate that the proposed algorithm HHPSODE exhibits a better performance than other algorithms. HHPSODE is then adopted to solve a bi-level pricing and lot-sizing model proposed in this paper, and the data is used to analyze the features of the proposed bi-level model. Further tests based on the proposed bi-level model also exhibit good performance of HHPSODE in dealing with BLPP. 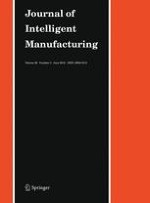