Economic forces, driven by the desire to introduce flash into the high-end storage market without changing existing software-base, have resulted in the emergence of solid-state drives (SSDs), flash packaged in HDD form factors and capable of working with device drivers and I/O buses designed for HDDs. Unlike the use of DRAM for caching or buffering, however, certain idiosyncrasies of NAND Flash-based solid-state drives (SSDs) make their integration into hard disk drive (HDD)-based storage systems nontrivial. Flash memory suffers from limits on its reliability, is an order of magnitude more expensive than the magnetic hard disk drives (HDDs), and can sometimes be as slow as the HDD (due to excessive garbage collection (GC) induced by high intensity of random writes). Given the complementary properties of HDDs and SSDs in terms of cost, performance, and lifetime, the current consensus among several storage experts is to view SSDs not as a replacement for HDD, but rather as a complementary device within the high-performance storage hierarchy. Thus, we design and evaluate such a hybrid storage system with HybridPlan that is an improved capacity planning technique to administrators with the overall goal of operating within cost-budgets. HybridPlan is able to find the most cost-effective hybrid storage configuration with different types of SSDs and HDDs 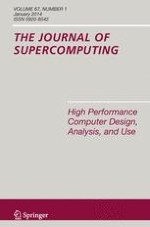