Hydrogen reduces the service life of many metallic components. Such reductions may be manifested as blisters, as a decrease in fatigue resistance, as enhanced creep, as the precipitation of a hydride phase, and, most commonly, as unexpected, macroscopically brittle failure. This unexpected brittle fracture is commonly termed hydrogen embrittlement. Frequently, hydrogen embrittlement occurs after the component has been in service for a period of time and much of the resulting fracture surface is distinctly intergranular. Many failures, particularly of high-strength steels, are attributed to hydrogen embrittlement simply because the failure analyst sees intergranular fracture in a component that served adequately for a significant period of time. Unfortunately, simply determining that a failure is due to hydrogen embrittlement or some other form of hydrogen-induced damage is of no particular help to the customer unless that determination is coupled with recommendations that provide pathways to avoid such damage in future applications. This article presents qualitative and phenomenological descriptions of the hydrogen damage processes and outlines several metallurgical recommendations that may help reduce the susceptibility of a particular alloy, component, or system to the various forms of hydrogen damage. 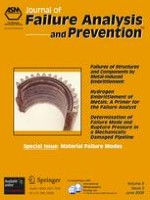