The practice of operating municipal solid waste landfills as bioreactor landfills has become more common over the past decade. Because simulating moisture balance and flow is more critical in such landfills than in dry landfills, researchers have developed methods to address this problem using the hydrologic evaluation of landfill performance (HELP) model. This paper discusses three methods of applying the HELP model to simulate the percolation of liquids added to landfill waste: the leachate recirculation feature (LRF), the subsurface inflow (SSI) feature, and additional rainfall to mimic liquids addition. The LRF is simple to use but may not be able to bring the landfill to bioreactor conditions. The SSI feature provides a convenient user interface for modeling liquids addition to each layer. The additional rainfall feature provides flexibility to the model, allowing users to estimate the leachate generation rate and the leachate head on bottom liner associated with daily variation in the liquids addition rate. Additionally, this paper discusses several issues that may affect the HELP model, such as the time of model simulation, layers of liquids addition, and the limitations of the HELP model itself. Based on the simulation results, it is suggested that the HELP model should be run over an extended period of time after the cessation of liquids addition in order to capture the peak leachate generation rate and the head on the liner (HOL). From the perspectives of leachate generation and the HOL, there are few differences between single-layer injection and multiple-layer injection. This paper also discusses the limitations of using the HELP model for designing and permitting bioreactor landfills. 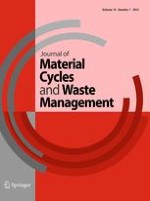