The general recipe of kernel methods, such as support vector machines (SVMs), includes a preliminary step of hand-crafting or designing similarity kernels. This process, which has been extensively studied during the last decade, has proven to be relatively successful in solving many pattern recognition problems including image annotation. However, many proposed solutions for kernel design, consider similarity between data by taking into account only their content and without context. In this paper, we propose an alternative that upgrades and further enhances usual kernels by making them context-aware. The method is based on the optimization of an objective function mixing content, regularization and also context. We will show that the underlying kernel solution converges to a positive semi-definite fixed-point, which can also be expressed as a dot product involving “explicit” kernel maps. When plugging these explicit context-aware kernel maps into support vector machines, performances substantially improve and outperform competitors for the hard task of image annotation using a recent ImageCLEF annotation benchmark. 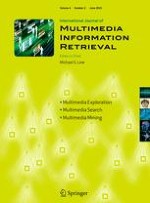