A novel microcapsule-type thermal latent curing agent with a double-shell structure was successfully fabricated. 1-Benzyl-2-methylimidazole (1B2MZ) was encapsulated by poly(methyl methacrylate-n-butyl acrylate) (PMMA/BA) using the solvent evaporation method, which served as the primary microcapsules (PMCs) to be deposited by polydopamine (PDA). Various glass transition temperatures (Tg, from 116.7 to 57.2 °C) and thermal properties of shell material PMMA/BA were obtained by tuning the mass ratio of BA to MMA monomer. PMMA/BA with 20 wt% of BA ratio was selected as the shell of PMCs for its appropriate Tg (92.33 °C) and relatively good thermal resistance. (Decomposition temperature was 222.83 °C.) The obtained PMCs and the double-shell microcapsules (DMCs) had good spherical shape, and the chemical structure of DMCs was confirmed by Fourier transform infrared spectra. Thermogravimetric analysis indicated that the core contents of PMCs and DMCs were 11.95 and 11.37%, respectively. After being coated by PDA, the solvent resistances of microcapsules in weak-polar (toluene) and high-polar (dichloromethane, DCM and acetone) solvents were significantly improved. When storing at room temperature for more than 4 months, the mixture of DMCs and the diluted epoxy could be cured at 120 °C for 1 h. 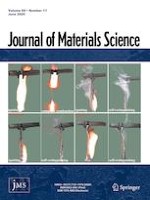