The continent of Europe is marked by the fundamental role of its cities. Cities are the social structure in which any territorial phenomena assumes greater importance, strength and influence, and consequently their success becomes the success of the territory surrounding it. Naturally, not all cities are alike, mainly due to physical or functional dimensions. Furthermore, every innovation adds to and modifies the interrelated system previously established. One of the most recent innovations in the field of mobility is the expansion of the High Speed rail network. The aim of this paper is to develop a greater understanding of the implications and impact of this network on European urban hierarchies. To further demonstrate this, a study of European cities has been conducted which analyzes the role of communication infrastructures in the building of urban hierarchies. These analysis help to define the considerable effect of the European High Speed network on a city’s relevance and on its fluctuations. 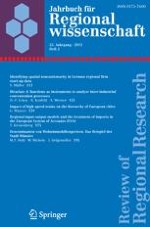