It is well known that the transfer of heat, mass and momentum to a wall by an impinging jet is partially linked to the way in which jet generation is realized. The organization of the vortices at the jet exit depends on the upstream conditions and on the geometry of the nozzle. Particle image velocimetry (PIV) and electrodiffusion techniques were used to investigate the characteristics of different impinging jets and the resulting wall shear rates and mass transfer. Two cross-shaped orifice jets, one produced by a plane orifice nozzle (i.e. a cross-shaped orifice made on a flat plate, CO/P) and the second by a hemispherical orifice nozzle (i.e. a cross-shaped orifice made on a hemisphere, CO/H), were compared to a reference round jet produced by a convergent nozzle. The distance between the jet exit and the target wall was equal to two nozzle equivalent diameters (D e ), based on the free orifice area. The Reynolds number, based on D e and on the exit bulk-velocity, was 5620 for each flow. PIV measurements give an overall view of the flow characteristics in their free and wall regions. The switching-over phenomena observed in the CO/P nozzle case, and already described in the literature with similar nozzles, did not occur in the jet from the CO/H nozzle. Electrodiffusion measurements showed differences in the shape and level of radial distribution of the wall shear rates and mass transfer. One of the most important observations is the large difference in wall shear stress between the three jets. For the same exit bulk-velocity, the maximum wall shear rate in the CO/P and CO/H nozzle jets was almost two and three times higher, respectively, than that of the reference convergent jet. This higher wall shear rate is accompanied by higher mass transfer rate. It is demonstrated that the cross-shaped orifices enhance the mass transfer not only locally but also globally. 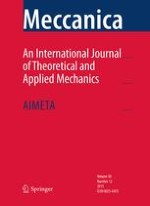 The quality of MDF workpieces machined in CNC milling machine in cutting speeds, feedrate, and depth of cut