Poultry farms across the world house animals such as cows, sheep’s, pigs and hen These farms are the places from where the market gets meat, eggs, wool and other animal products which are used in our daily lives. But sometimes the business of the farms is severely hit primarily due to poultry animals catching diseases or these animals succumbing to injuries caused due to fighting each other. The identification of such animals showing unusual characteristics or behavior is necessary. We through our paper use deep learning concepts to help the poultry owner to identify these unusual characteristics in a sheep. Some of the characteristics that our paper identifies are skinny, redness, non-aggression, aggression, beefy and foraging. Our paper makes use of a video, shot from a camera and the implementation of a sequential model as well as make use of the SSD algorithm to identify and characterize the sheep’s depicted in the video. The sequential model is trained using the training dataset which contains static images of sheep’s and the attribute/characteristics depicted by those sheep’s that are stored in a CSV file. The testing dataset contains the images that are extracted from the input video as frames. The testing dataset is passed through the sequential model to get the characteristics/attributes depicted by the sheep in each frame and store those characteristics/attributes in a CSV file. The SSD algorithm is trained on identifying the various animals and not only does it display the name of the animal detected, it displays the confidence percentage of the animal as well, in our paper it is used for identifying sheep. The above stated algorithm also creates a border around the identified sheep such that it can be used for tracking purposes during the entirety of the video. The SSD algorithm also takes in the attributes depicted by these frames and displays them along the border which identifies the sheep. The accuracy is compared with YOLO algorithms and shows 3 to 6% improvement on prediction rate. 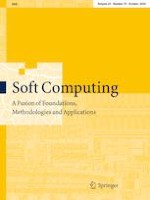 Choquet integration by Simpson’s rule with application in Hellinger distance