In Situ TEM Observation of the Behavior of an Individual Fullerene-Like MoS2 Nanoparticle in a Dynamic Contact | springerprofessional.de Skip to main content
TOOLBAR 1 2 3 4
SUCHE MENÜ 1 2 3 4

Inorganic fullerene-(IF)-like nanoparticles made of metal dichalcogenides (IF-MoS2, IF-WS2) have been known to be effective as anti-wear and friction modifier additives under boundary lubrication. The lubrication mechanism of these nanoparticles has been widely investigated in the past and even if the exfoliation and third body transfer of molecular sheets onto the asperities constitute the prevalent mechanism for the improved tribological behavior of IF nanoparticles, it has also been suggested that a rolling friction process could also play a role for well crystallized and spherical particles. In this study, in situ Transmission Electron Microscopy (TEM) observations of the behavior of single IF-MoS2 nanoparticles were conducted using a sample holder that combines TEM and Atomic Force Microscopy (AFM) which simultaneously can apply normal and shear loads. It was shown that depending on the test conditions, either a rolling process or a sliding of the fullerenes could be possible. These in situ TEM observations are the first carried out with IF nanoparticles. 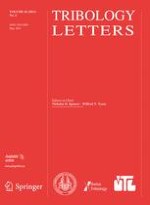