Recently, Gandomi and Alavi proposed a robust meta-heuristic optimization algorithm, called Krill Herd (KH), for global optimization. To improve the performance of the KH algorithm, harmony search (HS) is applied to mutate between krill during the process of krill updating instead of physical diffusion used in KH. A novel hybrid meta-heuristic optimization approach HS/KH is proposed to solve global numerical optimization problem. HS/KH combines the exploration of harmony search (HS) with the exploitation of KH effectively, and hence, it can generate the promising candidate solutions. The detailed implementation procedure for this improved meta-heuristic method is also described. Fourteen standard benchmark functions are applied to verify the effects of these improvements, and it is demonstrated that, in most cases, the performance of this hybrid meta-heuristic method (HS/KH) is superior to, or at least highly competitive with, the standard KH and other population-based optimization methods, such as ACO, BBO, DE, ES, GA, HS, KH, PSO, and SGA. The effect of the HS/FA parameters is also analyzed. 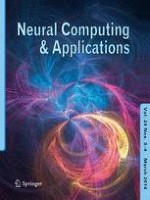 On biologically inspired predictions of the global financial crisis