Participatory methods provide an increasingly accepted path to integrated water assessment. This research describes an interdisciplinary exercise of scenario design and modelling, which provides a methodology to couple hard science numerical modelling approaches with the involvement of key water actors and socioeconomic issues. A decision support system based on probabilistic methods (Bayesian networks) is the tool chosen for dealing with the interdisciplinary issues involved in this aquifer. Given the long-standing conflicts in the area, modelling work largely focuses on carrying out an impact assessment produced by different scenarios established under the light of the mandatory objectives established by the European Union Water Framework Directive. This methodology is applied to a semi-arid aquifer located in SE Spain (Serral-Salinas) that represents an extreme case of intensive groundwater use. Irrigation has been a catalyst for welfare in the area for the past 40 years, despite the resulting large groundwater drawdown and continuous rise of groundwater pumping energy costs. Modelling results suggest that only a drastic change in the abstraction regime can produce a solution to long term sustainability of the aquifers. In addition, the impact assessment advises that such objectives are unlikely to be met due to the high economic costs of this action. 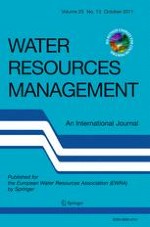 The Economic Impact of Water Evaporation Losses from Water Reservoirs in the Segura Basin, SE Spain