Despite ongoing debates about the nature and role of multiculturalism in the UK, the idea of integration remains significant in British immigration policies and community relations, and it orients itself towards second and third-generation diasporans as well as recent arrivals. Drawing on original data from the UK Iranian diaspora, this paper aims to complicate extant debates by exploring the cultural dimensions of integration mainly at the intra-diasporic level. Particularly among secular middle-class UK Iranians, ‘integration’ acts as an idiom for being a ‘good’, ‘successful’, ‘proper’ Iranian, and a failure to integrate is often described as unacceptable and even shameful. Integration in this sense mirrors dominant neo-liberal attitudes and puts huge pressure on Iranians to constantly ‘do better’ in cultural and economic terms to justify their presence in the UK. Crucially, these processes are predicated on a critique and/or rejection of Iranian Shiism and Islam in general, thus helping to marginalize Iranian Shia identities in representations of Iranian-ness in the British mainstream. We argue, therefore, that dominant policies and discourses of integration, regardless of their stated intention, intersect with the multiple and competing realities that exist in a diasporic community to produce particular social and cultural relations which may exclude identities protected under UK law. However, we also draw comparison with the US to suggest that these dynamics might begin to change in the near future. 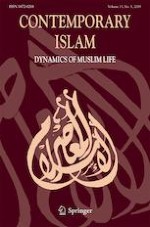 Fragmented realities: the ‘sectarianisation’ of space among Iraqi Shias in London

Being a young British Iraqi Shii in London: exploring diasporic cultural and religious identities between Britain and Iraq

A minority within a minority?: the complexity and multilocality of transnational Twelver Shia networks in Britain

Living a piety-led life beyond Muharram: becoming or being a South Asian Shia Muslim in the UK