Because the quality of fingerprints can be degraded by diverse factors, recognizing the quality of fingerprints in advance can be beneficial for improving the performance of fingerprint authentication systems. This paper proposes an effective fingerprint quality analysis approach based on the online sequential extreme learning machine (OS-ELM). The proposed method is based not only on basic fingerprint properties, but also on the physical properties of the various sensors. Instead of splitting a fingerprint image into traditional small blocks, direction-based segmentation using the Gabor filter is used. From the segmented image, a feature set which consists of four selected independent local or global features: orientation certainty, local orientation quality, consistency, and ridge distance, is extracted. The selected feature set is robust against various factors responsible for quality degradation and can satisfy the requirements of different types of capture sensors. With the contribution of the OS-ELM classifier, the extracted feature set is used to determine whether or not a fingerprint image should be accepted as an input to the recognition system. Experimental results show that the proposed method performs better in terms of accuracy and time consumed than BPNN-based and SVM-based methods. An obvious improvement to the fingerprint recognition system is achieved by adding a quality analysis system. Other comparisons to traditional methods also show that the proposed method outperforms others. 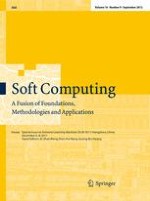