In this study, the microstructural characteristics and mechanical properties of Ti-1.0Fe alloy with equiaxed α + β microstructures were investigated in detail. Four different equiaxed α + β microstructures with β phase fraction ranging from 3 to 26 pct were obtained by hot deforming the martensite initial microstructure in α + β two-phase region with different deformation temperatures and cooling rates. The average nano-hardness of β grains was found to be much larger than that of α grains, which was attributed to the higher Fe concentration as well as nano-sized athermal ω precipitates inside the β grains. As a result, plastic strain partitioning occurred between the two phases during the tensile deformation, where the plastic strain within the soft α grains was much larger. With the increase of the β phase fraction, both yield and tensile strength of the samples increased, while at the same time, the total elongation gradually decreased. Most of the micro-cracks formed at the α/β interphase boundaries and propagated across the narrowest part of β phase. In the sample with the largest β phase fraction (26 pct), strain-induced β to α′ phase transformation occurred at the expense of initial athermal ω precipitates during the tensile deformation. This resulted into local nano-hardness variations between transformed and un-transformed β areas. Consequently, much more micro-cracks formed in this sample either at the boundaries between transformed and un-transformed β areas, or around the strain-induced α′ phase with a plate-like morphology. This explained the premature fracture shortly after necking in the sample with the largest β phase fraction. 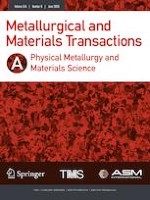