A highly selective electrochemical sensor for lead ions was fabricated using mutiwalled carbon nanotube as the backbone. The binding sites for lead ions were sculpted with lead ion as template and NNMBA-crosslinked polyacrylamide as the solid matrix on MWCNTs (MWCNT-IIP) on lead ion sensing and selectivity. System without lead ions was also synthesized (MWCNT-NIP). To check the role of the MWCNT, ion-imprinted polymer (IIP) and non-imprinted polymer (NIP) without MWCNT were also synthesized. In both systems, the ion-imprinted polymer showed high specificity towards lead ion. The developed materials were characterized using various analytical techniques. The sites left by the lead ions in MWCNT-IIP are highly selective to lead ions and resulted in electrochemical response when a platinum electrode was modified with this nanostructure. Cyclic voltammetry (CV) and differential pulse voltammetry (DPV) were employed to explore the features of the developed electrochemical sensor towards lead ions. The developed material could sense Pb(II) ions in the presence of other metal ions, and the limit of detection was found to be 2 × 10−2 μM. The sensing system could successfully discriminate Pb(II) ions from different real samples which includes environmental sample such as lake water, mining effluent, food sample and cosmetics. Also the same was exploited for the extraction of Pb(II) ions. The recoveries from various samples using MWCNT-IIP were > 99%. But those of MWCNT-NIP were in the range 62–68%. 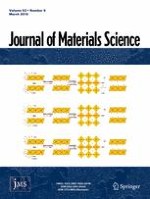