In business ethics journals, Kant’s ethics is often portrayed as overly formalistic, devoid of substantial content, and without regard for the consequences of actions or questions of character. Hence, virtue ethicists ride happily to the rescue, offering to replace or complement Kant’s theory with their own. Before such efforts are undertaken, however, one should recognize that Kant himself wrote a “virtue theory” (Tugendlehre), wherein he discussed the questions of character as well as the teleological nature of human action. Numerous Kant scholars argue that Kant already erected precisely the kind of integrative moral architecture that some of his modern interpreters (while aiming to supersede him) wish to construct. For business ethics, this divergence of scholarly opinion is of crucial importance. It shows first that the standard portrayals of Kant’s ethics in business ethics textbooks—as rigidly deontological, narrowly individualistic, and hence unsuitable for the specific demands of corporate agency—might have to be revised. Second, discussions in the business ethics literature on stakeholder-engagement and managerial decision-making likewise stand to gain from a more nuanced picture of Kant’s moral philosophy. Third, a reassessment of Kant’s ethics with regard to questions of personal character and moral sentiments might also lead to a more favorable view of the relevance of his ethics for managerial practice. Last, but not least, the many current attempts to reconcile Kant’s freedom-oriented philosophy with virtue theories stand to benefit considerably from a better understanding of how Kant himself conceived of one such synthesis between the formal and substantial aspects of morality. This, ultimately, could lead to an important overlapping consensus in the academic literature as to the role and relevance of virtuous conduct in business. 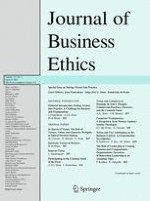 In Search of Virtue: The Role of Virtues, Values and Character Strengths in Ethical Decision Making

Managerial Work in a Practice-Embodying Institution: The Role of Calling, The Virtue of Constancy

Virtue and Vice Attributions in the Business Context: An Experimental Investigation

Participating in the Common Good of the Firm

The Role of Leadership in Creating Virtuous and Compassionate Organizations: Narratives of Benevolent Leadership in an Anatolian Tiger